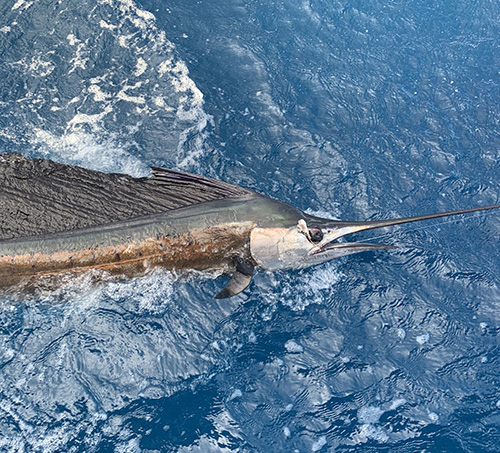 Port Canaveral Deep Sea fishing seasons is pretty good during these months, we mainly target Sailfish, Blackfin Tuna, Mahi, and Kingfish.   There is also Bonita and some Barracuda around.  Deep dropping for Golden Tilefish opens in January so that also is a good option.  Unfortunately, the weather for the past few years has not been too cooperative. So if you are planning a trip try and be flexible with your dates.

Spring is when it all happens, April, May, June are definitely our busiest months.  The Other Side Tuna season kicks off in April and usually peaks around the end of May depending on water temperature. Last year Tuna were caught throughout the summer months even.  Mahi starts to show up in good numbers also. The past few years haven’t been spectacular but you never know what 2020 will bring us. In May Snowy Grouper and Blue Line tilefish opens up so it’s a great time to book a deep drop trip. They remain open usually till the end of August.

July And August are great months to try out some Swordfishing, swordfish is open year-round but usually, these months provide calm seas.  Also if we are lucky they usually give us 5 days to catch and Keep Red Snapper in July.  Don’t forget about Marlin fishing which should be good all summer starting in April.

Please check with us on open seasons of fish since some fisheries open and close with very little warning given.

Mahi – depending on water temperature: April, May, June, July August, December, January, February. With April and May being the best months

Swordfish– year-round, summer is best to plan a trip just due to the calmer seas.

Deep Drop fish – all year is great fishing, more species are an open to catch from May-August then the rest of the year.

Grouper– opens in May -December