How to Fish with a Bucktail Jig

How to Fish with a Bucktail Jig 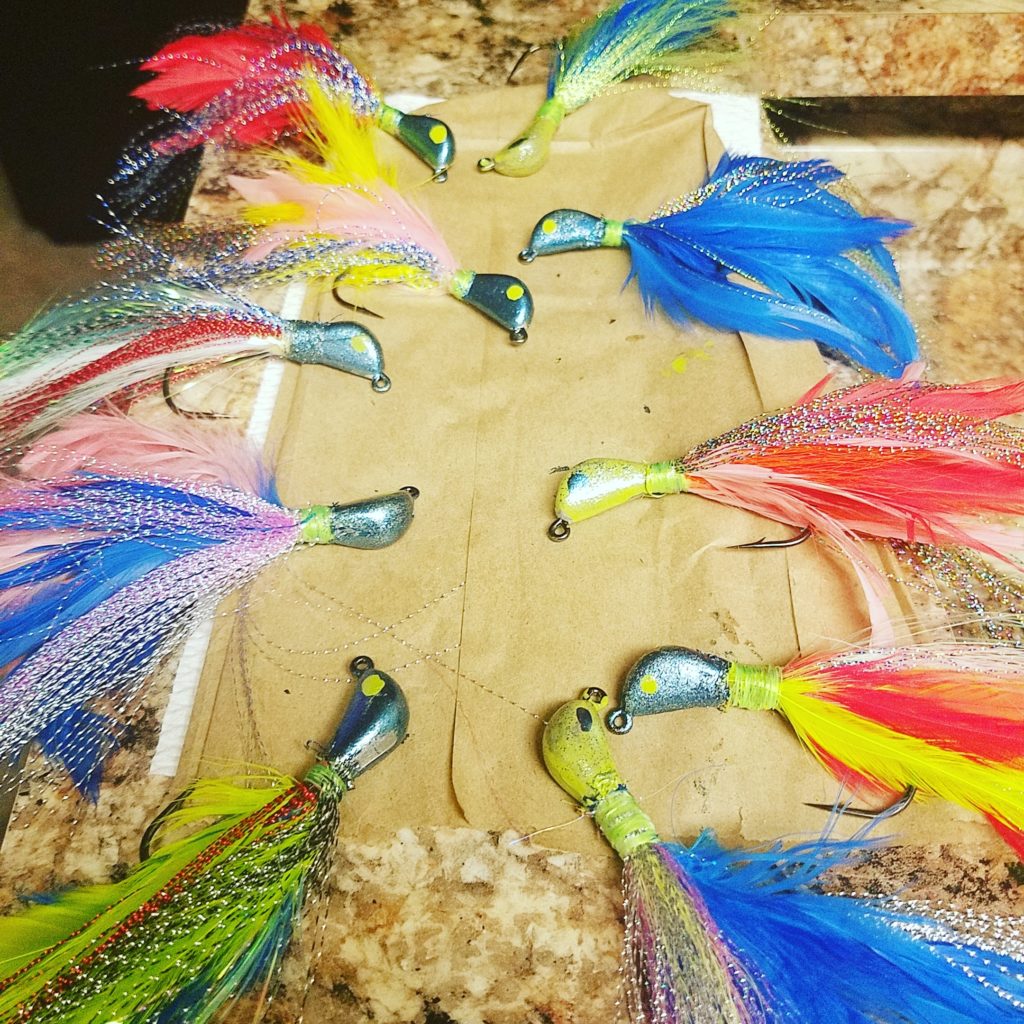 On Anglers Envy Charters, we love to use jigs. You will rarely see us head out to fish without a bucktail jig (cobia jig) tied on to a spinning rod. These jigs are super versatile, you can sight cast with them to species such as Cobia, Bonita, Blackfin Tuna, or Mahi. Or, you can drop them down on the reef to catch Snapper and Amberjack.

It’s an exciting way to fish. Sight casting to fish on the surface and watching them inhale your jig is a thrill. So hopefully, on your charter we can do some sight fishing with some of our custom jigs.

Bucktail jig fishing may be the most effective lure used in the private fishing charters in Port Canaveral. Though the expert fishermen at Anglers Envy Charters have modified the art form to make it as exciting and lucrative for guests of its Port Canaveral fishing charters, this form of lure has been around for decades.

In World War II, U.S. Navy sailor survival kits came complete with bucktail jigs and hand fishing rods. U.S. sailors were to use these precious commodities to catch fish in an emergency should they run out of food. Today, the U.S. Navy Seals still use bucktail jigs and handlines as survival tools–a testament to the longevity and success of this fishing style.

One chapter in John Turnbull’s The Sportsfisherman’s Bible, however, says bucktail lures were in their infancy in the USA in the 1970s, when the book was published. The old school lures haven’t changed a whole lot since then.

Most bucktail jigs are made from one or more colors of bucktail, or hair from a deer’s tail, tied to a weighted hook. Most also include something flashy to catch the eye of predator fish. These inexpensive materials make bucktail jigs affordable, but it’s also durable if made correctly. Bucktail jigs may look old school, but today’s plastics just can’t take their place, according to many expert-level fishermen. For starters, bucktail jigs are more durable than plastic lures, which are easily destroyed by the strong jaws of some of the worthiest fish.

Bucktail can be used from land, dropped into a rocky ocean bed to attract fish, or used in fast moving waters from a boat. The bucktail jig moves well, so it’s a solid choice in these situations. They draw in fish by imitating their prey, helping to reel in some of the most challenging fish and some of the tastiest.

Cobia fish are fun to seek out during Port Canaveral day fishing. According to the Fish Florida Saltwater Better than Luck–the Foolproof Guide to Florida Saltwater Fishing by Boris Arnov, cobia are hard-fighting fish, easily caught using a bucktail jig, but tough to boat. Arnov recommends using bucktail in white, lime-green, yellow, and chartreuse for the best chance to catch Cobia.

Because they’re plentiful and hang in familiar places and ways, many anglers choose to sight fish for Cobia. They hang around piers, so they can be caught there, while in the deep, they stick close to other Cobia and sharks. If you see a shark from the boat, it’s smart to pull behind it and cast a line. The book’s author also recommends casting lures across the path of Cobia, and giving it plenty of action near the fish. And if you’re fortunate enough to get a Cobia biting, cast another lure near the one you’ve hooked; Cobia travel with friends.

Arnov notes that Cobia are tasty, if you can manage to reel one in. They don’t give up easily, and even when an angler thinks the fish is out of energy, the Cobia will fight harder once it nears the boat. Contact Anglers Envy today for your next fishing charter excursion!